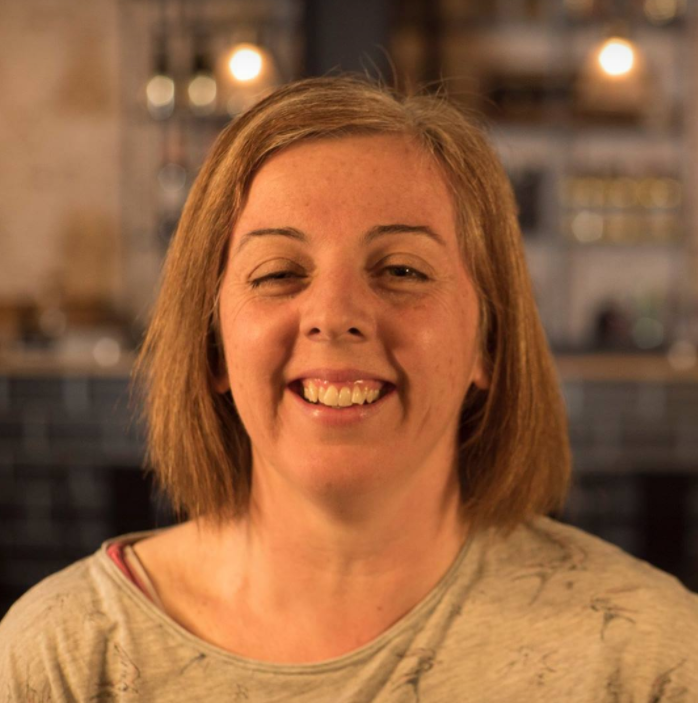 Back in 2015, 193 countries agreed to reach the SDG of Gender Equality by 2030. But how do we, as individuals and collective societies, contribute to reaching this goal?

What are the narratives we tell ourselves, and how are we influenced by our communities, peers, careers and 24-hour news cycles?

About 50 people packed into the Microlab and were treated to six speakers who gave us their take on the very hot topic of Gender Equality.

Our first speaker of the night was Milagros Maldonado with her talk, Society Gives You the Vision of What Gender Is. Milagros found herself in the Netherlands 28 years ago after leaving her native Venezuela. She had always had strong feminist role models in her life, both women and men, so when she landed here, she was shocked at how female participation in the workforce in the Netherlands was the amongst the lowest in Europe. Where was gender equality in this seemingly progressive country? Milagros went on to explain the influences that impact and blur our vision of equality, such as social and psychological, how history has favoured males, and how education is vital in creating an equal society for everyone.

Next up was Nicole van den Wildenberg, with her talk titled Individuality in Equality. Starting with a personal anecdote of how she had to convince a male that she was indeed the head of the IT department at her workplace, to describing the behind the back whisperings that she found herself the target of when she was leaving work early. They assumed she was skipping out early to deal with her kids. Weird, because she doesn’t have any! Little did these colleagues know that she was actually the event organiser for the Dalai Lama’s visit to the Netherlands. These kinds of unconscious biases surround and impact all of us. Nicole asked us to consider turning the unconscious conscious and leveraging that power to create a dialogue about not only the things we have in common, but also about our differences.

As with all #BRAINCANDIES LIVE SESSIONS, audience participation is encouraged. This can be introducing the speakers, discussing topics with those sitting near you, asking questions, or doing different activities. It’s a lot of fun and helps to break down barriers. At this session we created poetry, built paper towers, and played slide roulette. All challenging, surprising, Innovative!

The third speaker for the evening was Jessica Zekar and the title of her talk was Inequality in Mixed Gender Sports. Jessica plays two full contact sports - rugby and quidditch. This year she was part of the national quidditch team and competed at the World Cup, something she ended up having mixed feelings about. After viewing all the footage of her matches, she realised that she was only passed the ball three times in total! It seemed that the higher the level of competition, the less likely the male players would pass the ball to the female players. Her team mates, unfortunately, shrugged her concerns off. She also looked at the top 10 goal scorers from the whole competition. Only one female was in the list. Jessica stressed that all players need to be valued and used to their full potential, regardless of their gender.

The only male speaker for the evening was Stokely Dichtman with Standing in the Middle of Equality. Stokely performed a beautiful spoken word poem, an Ode to Mahogany L Browne. He followed this up with how we can, and why we should, stand in the middle of equality. Our world views are shaped by who we are, our gender, our race, the colour of our skin. How can we advocate for one thing but not another? How can we fight racism if we aren’t fighting sexism? Stand in the middle and face it all.

#BRAINCANDIES LIVE SESSIONS always end with an improvised speaker, and the volunteer of the night was Diana Bizzaro with Putting on Each Other’s Shoes. Diana challenged us by asking us which gender we first thought of for certain professions – nurses, primary school teachers, lawyers, bankers? She also highlighted how gender bias is already present in children, a result of the way society stereotypes girls and boys differently. To counter this, Diana suggested that parents should raise their kids without conforming to such biases.

This was such a fascinating and thought-provoking session. Let’s hope there are more in 2019.

And here some things that our audience learned: