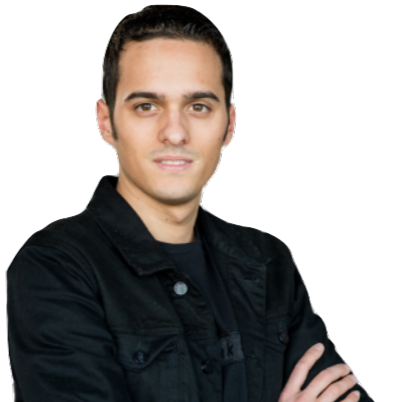 How do you call it when you keep being inspired by the same realization, over and over again?

It happened again, I was inspired to witness how easy it is to set things into motion.

Saturday 24th of June it was the day of #pimpmyclothing. Four awesome tailors were helping passbyers get their hand on a sewing machine to fix clothes, by putting patches, cutting, sewing and create new piece of clothing.

At the same time with a camera and a microphone, we were asking people what did they think we were doing,

And among those suspicious looks and Idontknows we got quite few “Pimping clothes up?”

It was Saturday afternoon, a whole afternoon, from 12 till 18. People love to shopping on a Saturday, and we saw that. Although it was a bit of a grey and rainy day, we were able to ask many people also our second question: “Why do you think we are pimping clothes up?”

“Because the way people are dressed is boring.”

“Because it is fun?”

“Because to throw away clothing is bad for the environment.”

“Because fast fashion it is not part of the world I want to grow in.”

At the end of the day we do live surrounded by our bubble, we make the people who surrounded us our window on the wall, and our facebook timeline the world itself. So we all might feel like everybody around us is a social activist, a cat lover, a person who does not live without pranks or a ghetto boy from the Get Down. In any way we can create a pretty distorted vision of the world, and chatting with random pass-biers is a great exercise to look beyond our bubble. We were positively impressed by the amount of awareness people have on this topic. We already know everything apparently, we just need to put it into practice!

Through the 6 hours of workshop we have chatted with people from the most diverse backgrounds, culture and age groups and quite some brave ones took over the challenge to pimp some clothes guided by the awesome tailors.

And while we were pimping up some aprons of Coffee Lab who made their roof and amazing coffee available to us, we were starting a movement, a subtle and underground statement with great possibility. How can you join? It is very simple, get your old clothes with a hole, and inkspot and pimpitup, with a patch that you can buy in any sewing shop, online, or even make it your own. Take a picture and share it on social media with the hashtag #pimpmyclothing.

Get in touch if you would like to organize a #pimpmyclothing pop-up spot in your city, it’s fun and people understand it!

And it’s cool, so cool that we have been interviewed by Funx radio, which you can listen at this link: http://www.funx.nl/radio/fragmenten/278150-pimp-my-clothing-laat-je-oude-kleding-pimpen-voor-een-betere-wereld

Thanks again to Coffee lab, the amazing people who made this possible and Alert Fund for the financial support.

And I guess you can simply call it, being alive.