There’s no such thing as Laziness. 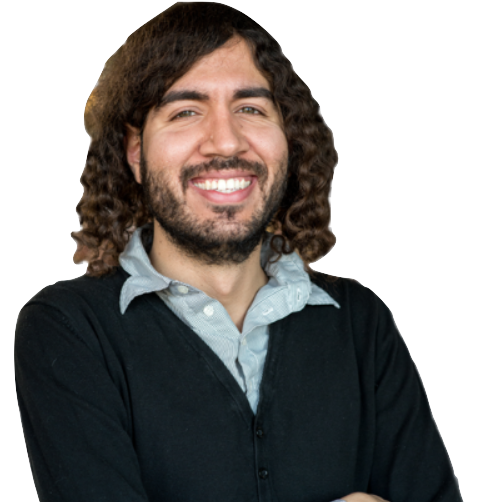 There’s no such thing as Laziness.

Are you a couch potato? Or do you act like one?
Has someone ever called you “lazy”? Do you see yourself as a slacker in society?

From feeling completely immobilized to do anything, to experiencing little stabs in my stomach when I had to do something. I went through it all. Rejoice in the fact that you have been mislabelled by society and that there is hope for all of us who have ever considered ourselves lazy!

We see lazy people as bad people, but there is a reason why people are/become inactive. And this can be fixed.

I recently published part of my talk that I gave at TEDx Utrecht in the Netherlands where I spoke about this topic. Here is the link to that video.

Laziness (also called indolence) is disinclination to activity or exertion despite having the ability to act or exert oneself. It is often used as a pejorative; terms for a person seen to be lazy include couch potato, slacker, and bludger.

We have claimed this label in society and made it into a problem “buzz” word. Shame and disrespect are now linked to people carrying this label. Let’s first dive into the definition of the word.

What if someone is able to do this activity/exertion physically for example but not emotionally?

The Merriam-Webster Dictionary defines laziness as a disinclination towards activity or exertion¹ despite having the ability to do so. What we miss in this, is that this definition is too simple. Who defines this so called “ability”? What if someone is able to do this activity/exertion physically for example but not emotionally? Does this still make them able. So this means if you are disinclined to do anything, then you are lazy. I am ok with simple definitions (I mean let’s not complicate things when we don’t need to). However if these simple definitions are used to fund research grants and are used to create media content, let’s then at least get them straight.

In my journey I found out, that it’s not a problem, it’s actually an opportunity for greatness! It’s just something we aren’t addressing properly. I just want to let you know that I overcame being ‘lazy’ and so can you!

Disinclined to do anything

Being disinclined to do anything means a lack of desire, unwillingness, being averse to it².

Here’s a common experience with lack of desire: You want to do something, but you think to yourself “Meeeh, I’ll do it later”.

Even though you may want to do it or experience social pressure to do it, you have this unwillingness to do it.

Or you are even averse to it: “Noooo, I don’t want to do this!” or “I’d rather do anything else than this.” Sound familiar?

Then we assume we are lazy and we don’t break this cycle. Unless a deadline comes up or we feel lazy or resistant against another task, which makes the previous one sound more appealing than the one at hand. Sounding familiar?

In my own experience, the simplest things could make me procrastinate and I didn’t know what to do with them. I felt incapable and therefore found myself scrolling the social media newsfeeds into an abyss.

The human behavior, a switchboard

We humans are controlled by simple commands, Run, Stop and Step. Activities that some people are “lazy” about, other people are not “lazy” about. This is because in our being, certain activities are routed to the command: Stop. Then, we are blocked! That’s it.

Everyone is wired differently, you may be blocked to do something, whilst other types of people are blocked from doing other things. Our personal experiences have shaped who we are, and as a result have various experiences and culture.

This has to do with the fact that we can’t suppress emotion fully, and this is where the definition of laziness becomes psychological. Every input we receive first comes through the screen of our psychology: our history, our experiences and our emotions. Based on all of this programming, our unique behavior process starts.

So when faced with an activity we may respond differently to someone else, or society as a whole.

You are blocked inside! That’s it.

I have had blocks ranging from starting or finishing writing projects to going to the gym, from showing up to really important appointments in my life. I felt inadequate in these moments and had no way to even approach what was going on to overcome it.

Things that generally block you

Tasks that are repetitive and require a level of responsibility: cleaning your house, filing taxes, paying bills, watering plants, etc. This type of work is monophonic, and never seems to end; think of a 45 minute Gregorian Chant.

In music, monophony is the simplest of musical textures, consisting of a melody (or “tune”), typically sung by a single singer or played by a single instrument player (e.g., a flute player) without accompanying harmony or chords.³

In music, monophony refers to a simple tune, typically played by a single instrument without being accompanied by harmony or chords. Yet in our daily lives, we are used to being overstimulated with the maximum possible harmonies, accompaniments, distractions and instruments. For this reason, monophony, a single tune, is very confronting to us. This is how binge watching has become a phenomena; we engage in hours of guaranteed stimulation and it requires nothing from us but attention.

At the same time these are all just actions. We just resist the one action over the other. Overcoming resistance is a very challenging and confrontational process. Most of us, don’t want to feel all of our feelings, and therefore become inactive or escape.

Once you become aware of this, everything becomes beautiful for what it is, because you realize that it’s not about the action, but about the colorful, historical reasons why you’re not engaging in it.

What are things your mind is telling you before you try doing something?

My mind would tell me I am not good enough to do it, or some other core programming gets raised, like “It’s never gonna work out anyways, so why try?”

Study says that Laziness is contagious

Weekly articles and blogs get posted about laziness and how it’s causing different problems around the world.

Why do you resist this action?

And why not the other?

My take on this study is that it oversimplifies this idea, just like how a dictionary simply describes the word lazy, and doesn’t consider the psychology of what it actually means in society. Could it be that a group of motivated and “productive” people all working together inevitably work through their blocks, while a group of “unproductive” people working together inevitably stumble upon and falter in each other’s blocks?

I have noticed that the work environment we created at wedowe, a non-profit I work at, where everything we do is about activating people to change the world around them supports keeping our community members and co-workers active. Even when they don’t feel like it to start/finish a project/task, they most of the time are able to overcome this and continue. Of course there are moments when the block is too big or complex to conquer, but we have built an infrastructure of support where this can be addressed. At wedowe, we believe that feeling blocked is just a thing that happens and nothing to be ashamed of and can be overcome.

We are also eased into doing certain functions like work and going to school. Well on the scale of “laziness”, going to “work” and “school” are one of the most strenuous things to do at all times (there are good and bad days). But we have been conditioned into believing that these are mandatory activities that bring us value. As a result most of the population goes to school and goes to work, whether we want to resist or not.

Go see a therapist to figure out the way you work and why you are blocked. There is no shame in it. Have an impartial person help you move toward a less blocked and uncorked future.

Start meditating to become aware of the blockages you feel. Awareness is a big part of changing any behavior. It’s been said to just meditate for 5 minutes a day, could drastically change your life.⁵

Both Therapy and Meditation have been key for me to unblock whatever is keeping me back to reach what I want to reach in life.

And if you just want some beginner tricks to get over your procrastination for simple tasks:

Try practicing the “The 2 Minute Rule” which originally comes from David Allen’s bestselling book, Getting Things Done. It’s about making tasks as small as they can be done or started within 2 minutes.

Try “The Pomodoro technique”, which is a time management system where you break down your tasks in 25 minute intervals separated by short breaks.

We were never prepared for this!

And to prepare our future generation for this, structures and systems have to be in place. High school personal development sessions should be used more strategically. In Uni, many students are blocked, stressed out and dropping out. There need to be supports and education in place to help people learn strategies to unblock.

So where am I now?

I have realized it’s never been about the activity, never. Everything I do, in whatever moment, I do it in the moment, and I enjoy the moment, regardless the activity. There is so much to explore inside of you, in the way you work, it’s fascinating, empowering and truly freeing to work on.

Nothing can hold me back anymore because there is always something new to discover to why I am feeling held back. Which allows me to keep unlocking and freeing myself up more and more.

This has been one of the greatest gifts to have in my daily life and it’s been my pleasure to share this with you.

So now you know and you can’t go back anymore. Share this knowledge and lets re-activate people.

-Aiman Hassani is the co-director of wedowe.org, a non profit based in Eindhoven, the Netherlands that activates people to change the world.