Against the odds: “I wanna wear a hijab and be openly gay” 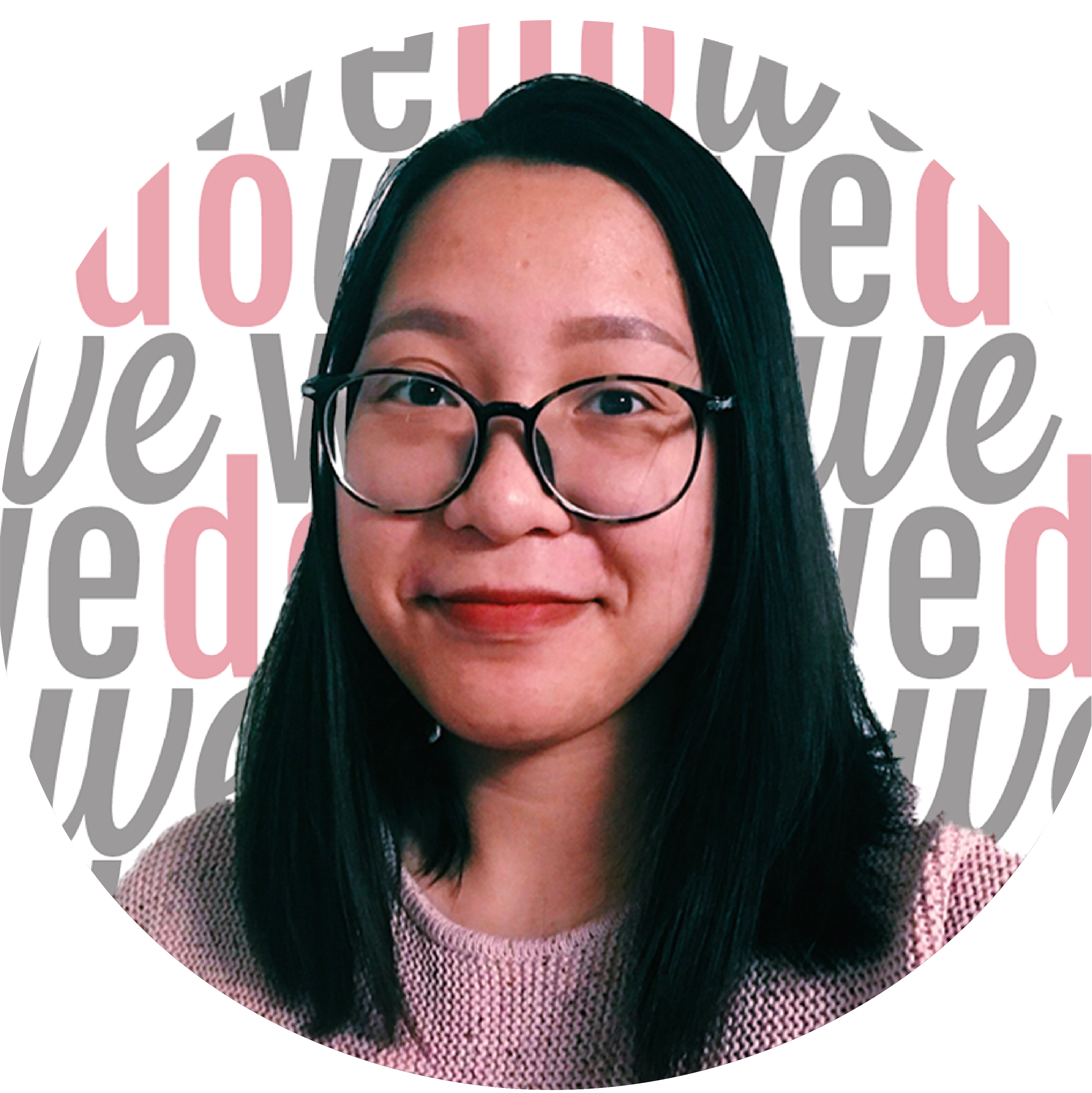 For wedowe, we respect who oneself is and what he or she believes in. We also encourage the open mindset about LGBTQ+ rights without being disrespectful to any religion. In wedowe, love and self-confidence are always supported by open-minded people. We want you to love who you are, and appreciate yourself whatsoever. Today, we bring you a story of Niri (character’s name has been changed upon her request), a young Malaysian girl who lives and studies in Rotterdam. Her story has broken a stereotype of a religious person. And from that, we respect your self-identity no matter who you are.

“Let me put this away first” Niri said after opening the door to welcome me in her apartment. She headed to a corner of her bedroom, rolled up a small carpet on the floor and put it aside. Niri’s maghrib praying time just finished, marking the day is coming to its evening. Outside, the sun is shining through the window, leaving its sparkling marks on Niri’s ivory hijab.

“We have to face the Qibla when we pray. But since I moved in here, facing the Qibla’s direction is facing the toilet of this dorm room, which is a disrespect, so I’d rather pray while facing the window in my bedroom instead. Plus, we have a good view from here” Niri smiled as she started telling me her story.

Niri grew up in a wealthy family in Kuala Lumpur, yet she was never “feeling great” in her own house. She noticed she is “different” as soon as she was 6. The actresses with their gorgeous looks always caught her sight rather than any male actor is shown on television. She recalled that one day, out of the blue, she was daydreaming about kissing Anne Hathaway’s character in the Princess Diaries. Princess Mia in the movie is still her celebrity crush after all these years.

“I remember we had to wear our hijab at an early age. Our religion believes the women’s hair can cause sexual desire in the man’s mind, and we have to cover it. We never talk about same-sex marriage, unless it is mentioned as a sin, or a mistake that worth a death penalty”

Being a lesbian in an Islamic family was not easy, Niri sighed. She told me the struggle of being in the closet for years, lying to her beloved parents about her sexual orientation. She never dared to tell her mom about her crush back in high school, which is a girl best friend of hers.

“I once asked my mom what happened for people to come out as gay. All she told me was: don’t ever ‘be gay’ or you will be sent to jail” In Malaysia, people caught having sex with a same-sex person can be imprisoned for up to 20 years. To Niri’s family, ‘being gay’ should never be a topic to discuss. The LGBTQ+ acts are counted as a sin in their religion.

Niri sobbed when she told me about the days she was hiding her true self from her whole family. She could not share with her parents about how she felt. She could not write her thoughts down in her diary because she was afraid her mom would find out about her daughter being a lesbian one day.

“It became heavier and heavier every day you know. You love your family and you love your religion, but as soon as you come out, all your loved ones will immediately turn their backs on you. I found myself lonelier than ever. I don’t feel okay. At the same time, my hijab became something I felt ashamed as if I didn’t deserve to wear it. My religion has become a pressure on me” And at the age of 16, Niri experienced her first depression.

You can love who you love in the Netherlands

To her, the Netherlands caught her attention by a video she found on Facebook, showing the Pride Parade where Dutch people celebrate the LGBTQ+ community on the streets of Amsterdam.

“I saw 2 women kissing each other on the street and holding hands”. The video gave Niri the idea that only in the Netherlands, people like her can be accepted.

21-years-old Niri knew the journey to the Netherlands would be extremely difficult for her.

“I was studying communication and public relation in Kuala Lumpur. When I asked if I could study abroad, my parents were afraid the life there would be a cultural barrier for us there. It took me nearly a year to persuade them to let me attend the bachelor degree in Rotterdam”

As the reward for her effort, in July 2019, Niri was welcomed in Rotterdam’s dorm house, marking her first time living in Europe. And since then, she is now freely living her life the way she wants.

“It is overwhelming here. People are so friendly. I have old ladies stopping me by the street to talk about the weather. People don’t give me a weird look as they see me in the hijab walking to nearby Albert Heijn. I love it here. I hope I don’t have to ever go back”

Niri also said how open people are about the LGBTQ+ community here. The pride flags are hanging out in many places around Rotterdam. Her friends and lecturers in school are openly discussing the LGBTQ+ rights, how they should be treated and how they should never be ashamed of being who they are. For the very first time in her life, Niri figured out she was nothing close to a “sinner”, or a “criminal” as to how her hometown’s society has formed her to believe. No longer after the first studying block, she decided to live the life she always wants to live.

“I came out to one of my Spanish friends in Rotterdam after the first semester. She was so happy for me. It feels like a heavyweight being lifted off my chest after a long time. We both burst into tears when I told her I’m lesbian and I have a crush on her. 2 weeks later, we became a couple”

“I wanna wear a hijab and be openly gay”

When asked about her religion’s rules and her love life, Niri was explaining to us about her point of view:

“I love my religion, and I have my faith in what we have been taught in the Quran. I’m proud of my belief and religion. We have been taught to be generous and kind to one another whatsoever. And I also love being myself and dating another girl. It should not be a problem to be who you are and maintaining your faith in your religion”

Niri stated the Quran taught them how to love and respect people around us. And for that, it should not be disrespectful to people who want to be themselves. “I will keep the hijab on my head until I die. And if I have a chance, I would love to wear my bridal hijab on my wedding day, but I will never marry a man. I can never imagine my life being in a relationship with a man, ever”

To Niri, the current pressure was her parents and how they will accept her if she comes out with them.

“I know my dad would never forgive me if I come out to them. He would hate me for life. My mom would cry her eyes out, she would never accept me as a lesbian. So, I think if I don’t have to, they should never know my secrets. It upsets me but I cannot disappoint them, they will probably blame themselves for raising a gay kid. I don’t think I should ever say anything to break their hearts. At the end of the day, I choose to be living my life, and not letting my parents know”

Niri believes “I might not make it to Jannah (the term refers as ‘heaven’ in Quran), but I will live my life happily as long as I am alive”

She also encourages herself to pray five times every day as her daily routine. “I will continue praying no matter where I am in the world, I love wearing my hijab to places and having my girlfriend taking pictures of me. I love her, I also love Allah, and I know He loves me”

Our conversation wasn’t stopped until Niri’s nighttime praying time started when she put down her praying carpet facing the window again. The sun has now been replaced by a dark blue sky, making Niri’s bedroom cozier than ever. I said goodbye to our loved Niri and could not wait longer to write down her inspiring story.

In wedowe, there is no judgement of who you are and who you love. We appreciate people who stand against the odds to be their true selves. We also encourage the open-minded attitude toward religions, love, self-identity and gender identity. As we live in the time of hate crimes, it is important to pass on the love and positive thoughts around.

We'd love to learn from your story and inspire the younger people around the world.  If you have anything to share with us, please directly contact us. Your story will always be listened.